Skip to content
August 24, 2010January 18, 2017 Danah D.
I have always loved Couture collections, since I feel they allow designers to be as innovative and creative as they can be, exceeding limits they may set on themselves before. The details, techniques, and work put into each of the garments are incredible, and I’m always very inspired after looking at them. Here are my favorites:

The mood set by Valentino for the Couture line was named The Dark Side of First Love. That notion has a Lolita and Twilight hue to it and designers made sure the clothes matched – one girl even had a cage dropped over her to let the audience know she was trapped. From the little black dresses that opened the show to a trapeze coat in ivory that tied with bows down its front to the tiers of lace trimmed with feathers, the clothes had the spirited dressiness of young girls clearly trying to grow up fast, in a classic, romantic way. 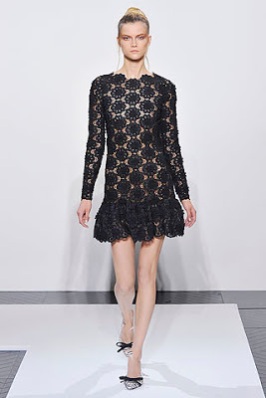 The key to Gaultier’s Couture collection was noted in the opening and closing outfits of his show. First, we see a reconstructed trench-coat, designed with bat wings; and last, the same idea in white silk (worn by a bride who played the violin down the runway!) Other eye-catching pieces include a jacket with black mink cone breasts (and the butt to match), an exaggerated silhouette of a biker jacket, and an elegant black dress that was uniquely a long silk cardigan in reverse. I enjoyed the futuristic feel of his garments and the way he designed a new take on well known pieces some of us have in our wardrobe! 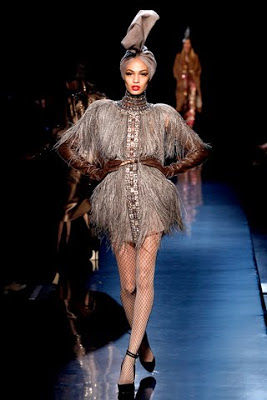 This season, Givenchy showcased an intimate presentation where he could better highlight certain detailed pieces. The colors were very romantic, the darkest being chocolate brown feathers; otherwise, everything was either white, nude, or gold, with something special dedicated to each shade. Creative director Riccardo Tisci claimed his inspiration was well-known Spanish painter Frida Kahlo and her three obsessions: religion, sensuality, and the human anatomy. This was beautifully displayed in the garments; for instance, zipper pulls being tiny bones, and a re-created spinal column in porcelain designed as a belt. Tisci explained it just right by saying the show was “a romantic way to see death.” 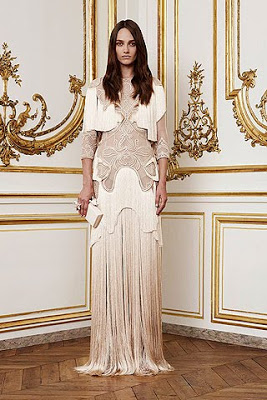 I’ve been a huge lover of Elie Saab’s gowns for as long as I can remember now. For his Fall Couture collection, Saab was fascinated by Venice’s legendary opera house, La Fenice; with this, he borrowed the ruched velvet of La Fenice’s curtains, the gilt and blue of its decoration, and even the fire and ash of its devastating moments (burning to the ground and rising from flames three times). Before the show, Saab said, “If a woman doesn’t want ‘rich’, she doesn’t come to couture”. I can definitely see, as always, how this statement was laid out in his garments, as each one was more luxurious than the next. 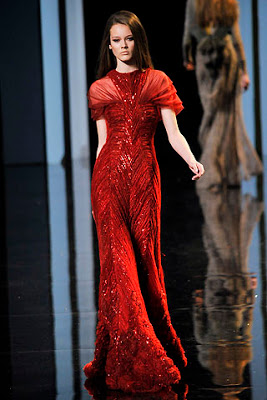 Part of the research conducted by Dior’s designers dealt with studying real flowers, spending hours watching the light change an a tulip, for example. This partly explains the collection’s beautiful colors. We can give credit to the rest of John Galliano’s collage of images by the two great flower photographers, Irving Penn and Nick Knight. The delicate techniques used for the garments, including the feathering, the ruching, and the ruffling, duplicated the spectacular perplexities of flowers. As delicate as flowers may be, the garments presented by Dior were rich, heavy and complex, like a huge inverted daffodil coat and a dress in black taffeta that was hand-painted using pansies. 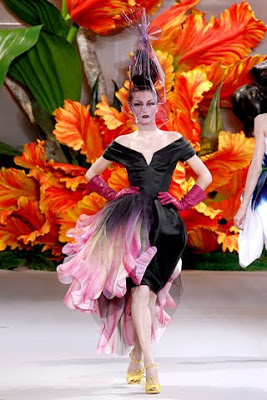 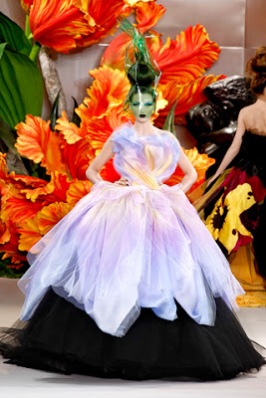 What do you think? Would you wear any of these outfits?

Until next time,
Danah (: