Guo Pei, China’s head of haute couture, has been called China’s premier fashion designer and is on first-name terms with many of the country’s celebrities. It has taken a long time for Guo to be accepted. She worked for 10 years in prêt-à-porter fashion design, before opening Rose Studio in Beijing, in 1997, when haute couture was not a very well-known concept. Bespoke tailoring, or items custom-made to a customer’s needs, was considered inferior to several of the pieces sold in department stores during that time. Buyers would often ask Pei why her clothes at Rose Studio were more expensive than brand name items. She stated simply that it was because of her passion for couture. A ready-to-wear designer must know what will appeal to the general customer, but haute couture is easier since you only need to focus on one customer and their desire and taste. This is perfect for Pei since she states it enables her to “design something very arty and far removed from reality.” The amount of passion and dedication she puts into each piece of clothing eventually granted her a great deal of loyal customers. Today, Rose Studio flaunts more than 1,000 regular customers who buy up to 40 dresses each year. Celebrities at public events have even insisted on having a unique design created for them since they don’t want to be seen wearing the same item as anyone else. If money was never an issue, I would definitely have every single piece of my wardrobe custom-created just for me. Everyone’s personality, taste and sense of creativity is so different and unique which is why designers like Pei are absolutely incredible.She says her best designs are an expression of her life experiences: What lasts after what is transient has passed.

This year, Pei brought eight haute couture pieces from her Thousand and Two Nights collection to the 2010 Fashion Week Hong Kong catwalk. Her work is a fuse of Chinese and Arabic design elements and a strong sense of luxury. One of the most interesting pieces resembled gilded pitcher plants assembled into a sculptural garment. Pitcher plants are carnivorous and the creation surely looks dangerous, suggesting many hidden compartments. The collection also features stunning platform wedged heels that are full of beadwork, textures and massive amounts of height. The most fascinating part of these sky-high heels is the giant opening in the middle of the wedge that gives them a slightly futuristic look. While Guo Pei’s footwear may not be the most comfortable or wearable shoes for a night out on the town, they would look absolutely amazing in an editorial. Pei states, “a dress touches people’s hearts. It’s like an opera. You don’t understand the language. Still, you feel moved,” and her creations below truly do move and inspire me: 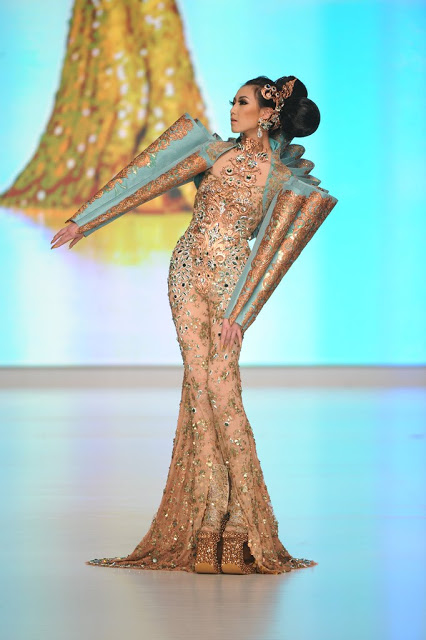 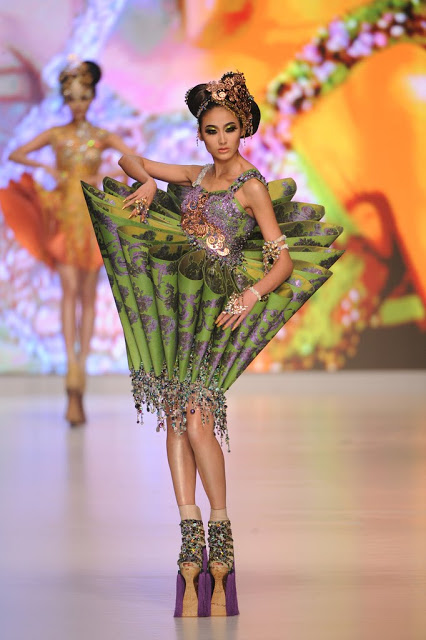 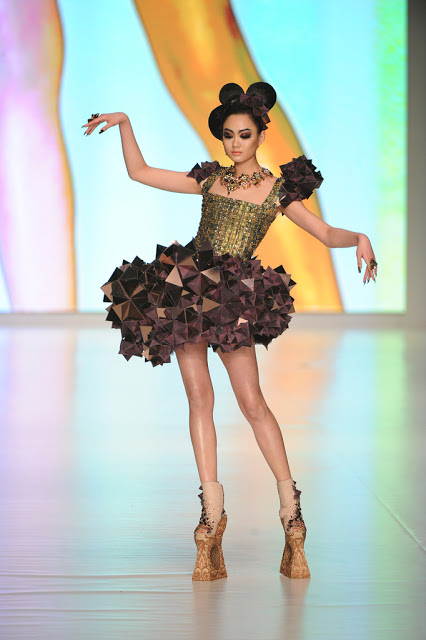 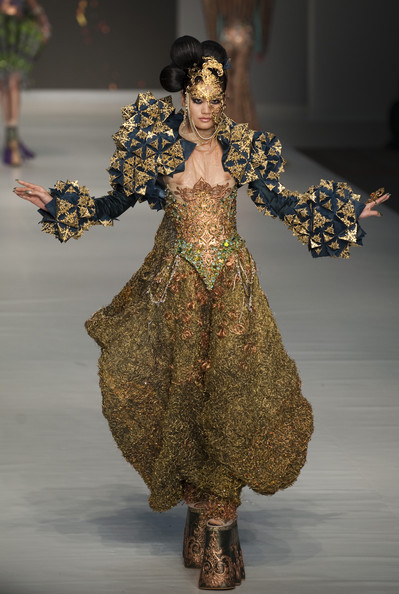 I’m honestly speechless when looking at these; I can’t even imagine the amount of work and detail put into these pieces. They are absolutely stunning, obviously eye-catching, and one of a kind.

What do you think? If money was never an issue for you, would you ask Pei to create something for you? Or wear one of her pieces shown here?
Until next time,
Danah (:
photos & info via China Daily

1 thought on “Far From Reality”