Happy Friday! I’ve been sitting at my desk for the past couple of hours working on homework, while watching these gray clouds take over the sky. All of a sudden, a huge burst of sunshine begins scooting them over… it’s amazing and looks beautiful. Out of the many wonders of nature, I find the sky to be the most fascinating.

Now that I’m done pretending to be some sort of poet, here’s my weekly round-up of the top fashion happenings to keep you fashion savvy (✿◠‿◠)

Jean Paul Gaultier’s Spring 2012 couture collection was deemed a thoughtful tribute to the late Amy Winehouse. Although Gaultier stated that he’d never actually met Amy, he said their “styles were similar” and that he intended the show to be a positive reflection of her iconic fashion sense. The singer’s father and family greatly disagreed as they found the show to be terribly upsetting. I don’t necessarily think it’s “too soon” – in fact, I found it inspirational and very sympathetic. Sure some of the models looked a bit too much like Winehouse which was spooky, but I still enjoyed the show. What do you think? 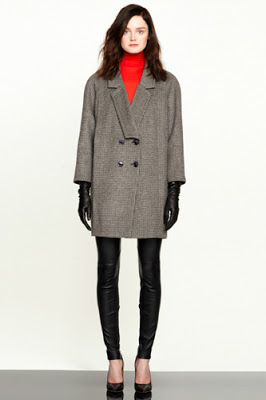 I’m sure we’ve all had a fashion phase where we mixed stripes, florals, and polkadots into one outfit (okay, I did at least…). Well remember the first time you did so and how liberating it felt? Was it leather and lace? Polkadots and animal print? Experimenting with combining multiple patterns into one look is not only exciting but it can actually work sometimes! With looks like those featured above, from knits with brights to spots atop spots, the match-ups are calling for you to let loose and try something different. Do you dare to?!

Starting last weekend and continuing with the giddy remark that infects all new bloggers – “this is fun!” – designer Roberto Cavalli has been writing almost daily in a new column on his website. While many designers have PR teams to utilize their social networking sites such as blogs and Twitter feeds, there’s a true authenticity to Cavalli’s posts that one is able to safely assume are his own. I love following my favorite designers and fashion bloggers through their social networking sites and Cavalli is no exception! You can’t tell me he doesn’t look like an interesting blogger… look at him up there!

I’m still devastated at the fact that John Galliano isn’t a part of the Christian Dior fashion house anymore, and it saddened me even more upon watching the Spring 2012 couture Dior show. Although Bill Gaytten presented a beautiful show, it’s still not comparable to Galliano’s true aesthetic and point-of-view. He just had a presence about him that was showcased in his designs like no other. Nonetheless, Dior managed to display a beautiful and extravagant show like they always do. Do you miss Galliano as much as I do? 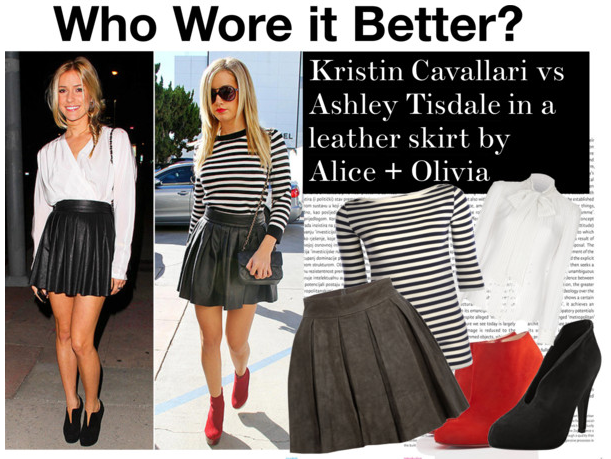 Did you vote in the first of my “Fashion Faceoff” series?! This week, it’s Ashley Tisdale versus Kristin Cavallari in an Alice + Olivia pleated leather skirt. Head on over and cast your vote on who you think wore the piece better! Share how you would wear it, too, in the comments!

If you aren’t familiar with the “Sh*t … Say” videos by now, you need to get out some more! Youtube has been swarming with various versions of these videos, and of course a “fashion” one had to be made. I definitely find myself uttering a few of the remarks in this video including: “I want like, all of Blair’s coats”, “It looked like Forever21 vomited all over her”, “She was wearing Uggs”, “I think I’m ready for bangs. Should I get bangs? How do we feel about bangs? I think I’m gonna get bangs! Omg I hate my bangs!” The rest I couldn’t relate to as much but I still found hysterical as I definitely know people like this (especially ones who say”so chic.. mega-chic… super chic!) What do you think? Are you guilty of any of these fashion remarks?