For those of you who celebrated the 4th yesterday, I hope you had a great time! I spent my night sitting on top of a car in a massive line of still traffic watching the fireworks – not planned whatsoever but turned out to be a wonderful evening! I then watched The Rocketeer, which is now one of my favorite films and being Disney makes it even better. If you haven’t seen it yet, you definitely should; it’s based on the comic of the same name and it’s about a stunt pilot, Cliff, who stumbles upon a jet pack that enables him to fly! He then goes on to do all these heroic deeds which attract the maker of the jetpack along with the FBI, and the people who want to steal the rocket for evil purposes – Nazi operatives. Go download it – now! 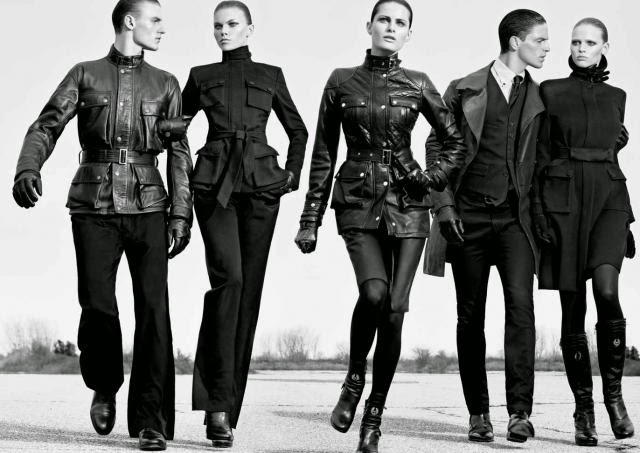 A while back when I first started this blog, I wrote a post on Steampunk and Retro-Futurisim, and mentioned that I wanted to feature one on Dieselpunk (which is pretty much what The Rocketeer embodies). Well, I’ve been in a particularly retro-noir mood, which is the perfect time to discuss Dieselpunk. Before I do so, I suppose you can already tell by now that this isn’t a “Tasty Tuesdays” post. I’ve decided to go towards another direction with my blog. I don’t see this as being inconsistent, but rather, I really want to stick to a weekly schedule that I’m happy with, and can see myself actually being 100% good with. This way, you all will get a better feel of who I am, what I know and what I enjoy sharing, which in turn will (hopefully) help you learn more. IFB even did a feature on creating structure for your blog, which had me thinking about the structure, consistency, and flow of mine. So stay tuned for some little tweaks here and there! I’ll still post some recipes once in a while – especially if they are absolutely in need of being shared.

One of the reasons why I find fashion so fascinating is by the number of ways designers come about their collections – whether it’s being inspired by a specific time period, genre, event, person, or memory – the results are phenomenal and it’s all influenced from that single source of inspiration. We see it in every runway show and collection, whether its blatantly obvious or not – each one has some sort of theme that’s been guided by those sources of inspiration. I went positively ballistic when John Galliano presented us with his Men’s Spring 2011 collection – it was filled with clocks, gears, and hardware and models that resembled Charlie Chaplin – hello Steampunk versus talkies?! I was pleasantly amused. We can even see Steampunk hitting the modern fashion world like Thom Browne‘s latest sunglasses collection:

Okay, enough of Steampunk – I’ve been there done that. Without a doubt, you have seen (or heard) Dieselpunk-fused elements at least a few times in your life – whether it be in a painting, clothing, or film. It’s extremely prominent in fashion but the term just isn’t coined often. Based on the 1920s-1950s period, spiced up with retro-futuristic innovations and supernatural elements, Dieselpunk is characterized by conflict versus the undefeatable – nature, society, space. Generally, the class can take great influence from the ‘20s German Expressionist films, film noir, 1930s pulp magazines, crime and wartime comics and pinups, and other entertainment forms of the early 20th century. Both grime and glamour have their place in its aesthetic content.
A very ‘down to earth’ genre, protagonists were often deemed heroic neutrals with low social status. Popularized by Lewis Pollak, it was intended to be on the “darker, dirtier side of Steampunk.” Art Deco is a predominant style found in Dieselpunk, particularly in wealthy surroundings. There are a number of settings that fall under Dieselpunk: the general side, Deco, Noir, and Weird War. I really want to get into the fashion and artistic features, so I’ll give a brief background of the settings in order to get you more acquainted with it all, so you can understand the fashion better! 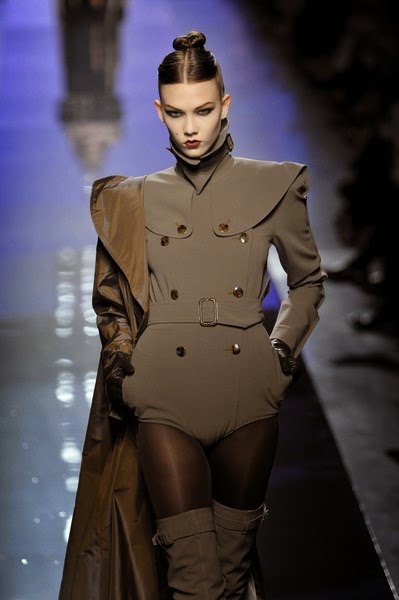 General: The age of the zeppelin, the ocean liner, the flying-oat airliner, and the skyscraper, it also saw the first multinational corporations, large-scale social engineering, and mass political movements. Man is overpowered by his creations and things are subsumed into abstractions. The technology features everything found in Steampunk, but in combination with new materials – greater alloys, plastics, tools – to make machinery lighter, stronger, and more versatile. The airliner is the prime example of this, although cars, trucks, and diesel-powered electrical generators were quite important in reshaping the world.
Dieselpunk often focuses upon air travel, including ideas such as “flying fortresses”, early UFOs, and air pirates. Fascination for military hardware, weaponry, and uniforms of the early 20th century was celebrated. As Dieselpunk is a post-modern look at the past, it is not limited to the stereotypes that characterized fiction of the day – instead, it used the elements to remark upon the past and reinvent it. For example, characters tend to be strong, encompassing flappers to pin-up girls, including Rosie the Riverter-type action heroines, glamorous femme fatales, stern-talking reports, and other types common to pulp fiction of the era. GIRL POWER! :p

Deco: This is the most optimistic form of Dieselpunk. Progress is unstoppable and the future is brighter than ever. Everything is designed to be stylish and lavish, ornate and systematic at the same time.
Noir: Similar to Deco, but generally darker and edgier, it emphasizes the downside of economic and technological progress. Society is plagued by crime and corruption, since technology seems to be at its most effective point in producing increasingly successful weaponry.
Weird War: World War II is carrying on, but one or both sides are introducing super-weapons, alien technology  and/or occult forces into the mix, often with Mad Scientists behind it all.
As for the fashion aspect, it would mostly appear that the style was showcased of the 1920s through the 1950s, as well as displaying a slight militaristic touch, seeing as society was still under a post-nuclear war environment (shortly after the early 50s). Examples of artists which display these elements include Christian Dior, Elsa Schiaparelli, Balmain, Coco Chanel, Cristobal Balenciaga, Giacomo Balla, and Hugo Boss. Noted icons that heavily influenced the fashion scene include Audrey Hepburn, Grace Kelly, Marilyn Monroe, Louise Brooks and Marlene Dietrich.
1920s Then & Now:

1950s Then & Now:
and more…
So, I’m definitely in the process of putting together my Dieselpunk outfit – when it’s all finalized, I’ll post my looks! The possibilities are so endless since you have 30 years of spiffy fashion to be inspired by.
What do you think? Can you see yourself mixing glam n grime
into your wardrobe? Have you already? Share below!
submit questions on formspring | follow on twitter & bloglovin‘